There are many different styles and approaches to leadership coaching, and there is no one right answer that will work for every client! However, in this article, I’d like to show the distinction because two styles, through presenting a recent story from my own life.

Two Approaches to a Common Problem

Recently, I had my first baby with my husband. As prepared as we thought we were for this new darling person in our lives 24-7, we found out quickly that we were mistaken.

My husband is usually convinced he knows what is wrong with the baby(he usually thinks it’s trapped gas). Without getting into too much unwelcome detail, my husband then proceeds to maneuver the baby into various positions and techniques he reads about online to release the gas.

More often than not, these techniques result in the baby getting even more agitated than he was before(though my husband swears it’s helping! :)).

On the other hand, my approach is slightly different. I tend to have no idea what’s wrong with the baby, though I may have my hypotheses. I try them out: maybe there is too much light in the room, so I darken it. Maybe he’s still hungry, so I feed him some more. When all fails though, I resort to the only thing I know I can do. I just hold him and soothe him, letting him know I’m there for him 100%. I’ll hold him in my arms loosely, however, letting him move around in whatever way he naturally wants to. I don’t “try” anything, but i simply observe him and try to understand what seems to bring him the most comfort.

Often, this freedom with support has a magical way of relaxing his nervous system. Surprisingly many times(though not always), that is all it takes to quell his crying spells and calm him down.

So what does this have to do with leadership coaching styles? Often, I find coaches can be in a rush to “fix” a client or give them a ready answer, without fully exploring and understanding the REAL problem. This can most commonly happen with coaches who are already seasoned and experienced in their fields. It is a more “masculine” style of coaching that is definitive, active, and certain.

The fixing style can be useful in certain situations, so I won’t say my husband is always wrong!

This style is useful, for example, if a client is dithering for weeks or months and making zero progress, unable to make a decision. In this situation, it might make sense to provide more guidance and lead towards a solution. However, it can run the grave risk that the coach has misread the actual problem or hurdle holding their client back, and is instead just solving for the “symptom.”

So, providing short-term relief, or no relief at all!

For example, a client may present with the problem that he is unable to get promoted in his current job. His boss doesn’t seem to respect him and prefers other colleagues over him. A coach who uses the “fixing” style might dig into their arsenal of past experiences and make a recommendation that worked with another client. Find a new company to work with where you are respected and growth prospects are better.

The problem is, this may or may not be the best solution to the problem. What really needs exploring is WHY the client is unable to get promoted in their current position. Is it really only due to the boss’s biases, or could the client present himself differently? If the client IS somewhat responsible, the problem is likely to follow him around, no matter what company or role he joins. Thus, finding a new position would just be a temporary fix, at best.

Furthermore, the side effect of this leadership coaching style is exactly what it sounds like: developing a leader who always believes they have the answer, when in fact, they don’t! The client learns to be a leader who practices one-way communication: from leader to team members. They just want to fix problems asap, rather than really delve into the root cause of them. Simply, put on a temporary band-aid. Doesn’t sound very effective, does it?

On the other hand, a coach can simply listen, empathize, and be endlessly curious. They can listen to the client describe the problem and try to fully understand the depth of it. Once the coach has done so, they can try to mirror the emotions the client is feeling. “It sounds so frustrating being in a situation where you’re trying so hard and not feeling recognized.”

The majority of the coaching session would be less prescriptive and more exploratory, brainstorming ideas and strategies together, and coming up with a couple that the client feels good about pursuing. This also helps develop a leader who is open-minded, exploratory, and empathetic. One who is open to two-way communication: receiving input and ideas from team members and building on those ideas. Sounds like a better recipe for success!

Let the Client Lead the Way

The moral of the story is: our primal needs have not changed much since we were babies! We, as human beings, want support, understanding, and some level of autonomy from others – rather than authority being imposed on us.

Coaching is about collaborating, and not fixing, a client. It is about helping the client discover their own solution by providing them unconditional security and non-judgment. A coach is allowed to have their opinion, for sure, but they should also be ready to be totally wrong. Demonstrating this openness and vulnerability is perhaps one of the most difficult things a coach can master. But, it is the surefire way of helping develop a truly effective leader for the modern day.

If you believe in the collaborative leadership coaching style and would like to learn more, get in touch for a free initial assessment call! 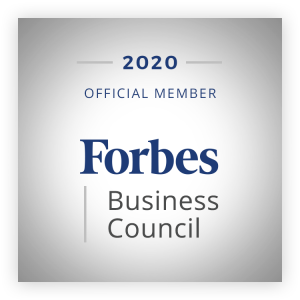 Do you believe Great Minds Think Differently? Join our network to get access to our free assessments, workshops, interactive events, and more.