Diversity Training and the Need for Storytelling 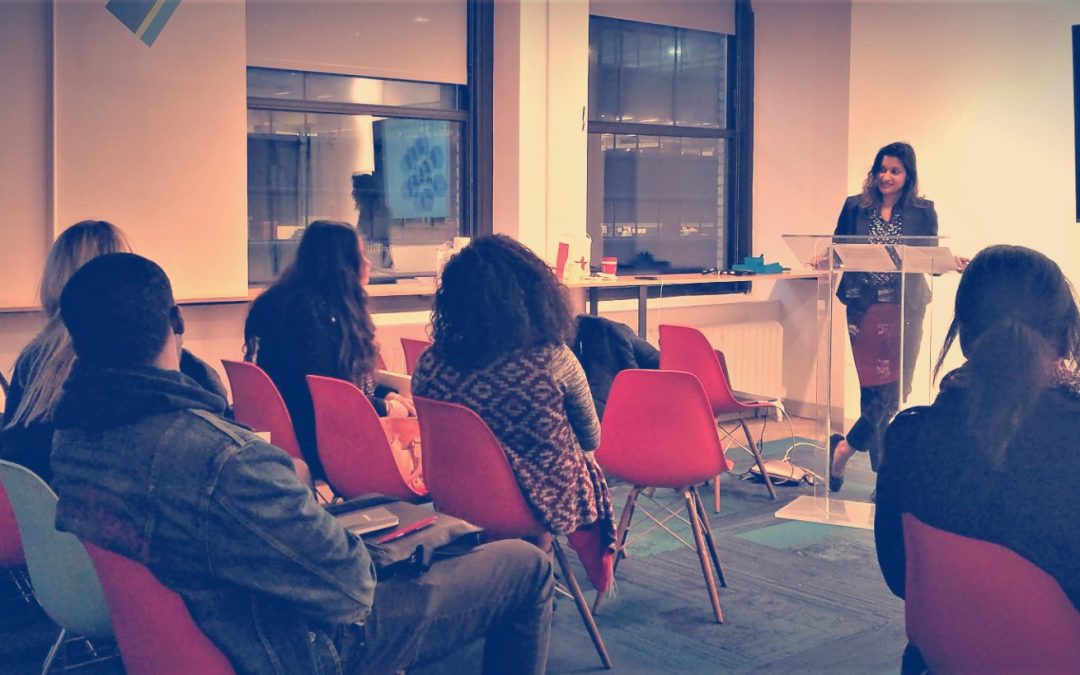 The comedian Keegan Michael Key spoke recently regarding his personal experience with police discrimination. He claimed that despite being pulled over by the police often due to being Black, the officer typically recognizes him from his work and lets him go. He believes that what makes him different, is that officers know a “story” about him. They associate him to what they have seen on screen, and so he becomes “humanized” in their eyes.

Let’s face it – our society and many of our organizations encourage us, in many ways, to see people not as humans but as numbers, by default. That is often how we learn to quantify our success – “How Many.”

For a cop: How many people did I pull over and give a ticket to?

For an individual: How many friends/contacts do I have?

For a sales team: How many customers bought a product?

And for a D&I team: How many minorities did we recruit and hire?

To some extent, analyzing from this vantage point is useful and efficient. But it can also be dangerous, if it’s the only vantage point. Because the downfall with this method of quantifying success is, of course, that we can sacrifice quality.

Diversity is not just a box to check.

The business imperative for diversity and inclusion is now well established by industry research. A Deloitte report noted that organizations with diverse and inclusive cultures were 6 times more likely to be innovative and agile, 8 times more likely to achieve better business outcomes, and twice as likely to meet or exceed financial targets. At the same time, a whopping 40% of employees in the US noted that they left their workplaces due to issues of discrimination and harassment.

As I often mention, what feels to really be missing in the work of corporate D&I currently is the “soft stuff”: Empathy. Heart. Storytelling. Experiences. Truly appreciating the full value of the Human.

Several years ago, when I was still working at Accenture, I was contacted about a senior position within a diversity and inclusion consulting firm.

I had high hopes to get to know this company and the revolutionary tools and strategies they must be using to solve diversity problems in workplaces. Tools that, I imagined, would involve integrating hard numbers and data with qualitative information, storytelling, and creativity.

Since I was a passionate advocate in this particular space, I reached out to the company’s leadership personally on LinkedIn. I introduced myself and suggested having a direct discussion to explore working together.

I received no reply. Later, a recruiter informed me that to ‘eliminate bias from the recruiting process,’ they had to follow processes exactly according to protocol. This meant I would need to complete a case exercise before I could speak with anyone on the team.

Fair enough, I thought. It would be an exciting way to learn more about their work and the innovative solutions they were bringing to the table, and I would also get to provide my unique perspective.

The case study turned out to be a basic numbers comparison of recruiting pipelines vs. headcount at a fictional company. The task was to simply calculate percentages (yes, numerator divided by denominator) to compare diversity across the ‘2 genders’ and 5 ‘ethnic groups.’

Based on about 20 data points, the exercise asked for recommendations on how the fictional client should, theoretically, fulfill the company’s diversity quotas and goals…….(yawn). There was nothing related to real, actionable or strongly data-driven strategies that would engage employees on an ongoing, long-term basis.

After submitting the case and finally speaking with the team, I learned that indeed, the company’s work was very similar to the underwhelming case study. I did attempt to bring in my own ideas of redefining diversity into the discussion, but I was met with pushback and skepticism.

Unfortunately, this was not the revolutionary work that I knew is really needed to optimize diversity and inclusion. This was the work of checking boxes/meeting quotas, by performing rudimentary data analyses.

So I said “thank you” and politely bowed out of the opportunity, all the more determined to reshape diversity and inclusion consulting with my own efforts.

I do feel sad for this company. They are trying to approach and solve a loaded, complex, multifaceted topic, while discounting the complexity of it.They areignoring the importance of emotions, stories, and experiences.

They are achieved through recognizing and honoring an individual. Through seeing the unique, complex combination of that person’s stories, experiences, values, skills, and motivations. Not just what they look like; not just what they call themselves; and not just how they perform on a standardized test or assessment.

Sure, I understand the compulsion to be completely, blindly objective to avoid any type of bias in the recruiting process. I am not saying that hiring decisions should be influenced by personal similarities or affinities, at all, but quite the opposite.

D&I Falls Flat When It’s All About Numbers

Thus, the approach to diversity ultimately falls flat if we are not including the human, subjective aspect. D&I is not only about fulfilling quotas or arbitrary checklists. It is not about following rules by the book and trying to assess each human being like a machine— no, that is what caused the problem in the first place.

For example, we cannot assess an Asian woman from a middle-class family in the suburbs in the same way we assess a Black man who grew up in the city. Simply giving them both an assessment to decide who is the best candidate may not the most effective means of finding the best candidate. No, we need to start by listening to their stories. Understanding why they want the position. Understanding what hurdles they overcame.

So yes, the approach to recruitment, in general, NEEDS to be biased. To crack the code of diversity and inclusion, there needs to be the combination of rules and protocol AND discernment, intuition, and curiosity.

For candidates to want to work with a company, they cannot be treated like robots and expected to perform tasks without the ability to ask questions. Rather, they need to be able to have real, two-way exchanges that respect their humanness.

And if a company claims to be all about people and culture, it cannot treat people like just a number or metric.